In our final post on the theme of “Hello”, Anna Aysea comments on a very relatable situation and offers insights into the cause and effects of “The Problem”. 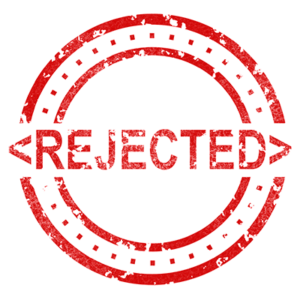 “The problem must be on your end” insisted the female support line rep of my hosting provider.
“Well, I don’t think it is, I mean, we have just gone through everything here, several times in fact, and..”
“Pease hold.”
“Hello?! Hello?!!”

As I was put on hold once again for the 4th time after the same circular conversation, I was forcefully reminded of the movie “Groundhog Day” about a man caught in a time loop.
Looking for the cause of the connectivity issue I had reported, we had gone through all the possible causes on my end and eliminated them. Three times. Causes I had eliminated before making the call anyway, but never mind. So, there was no issue found on my end, yet the rep was insisting it was not on their end. I had the distinct feeling she was determined to stay with that position no matter what and she was only pretending to look into the issue.

As I sat with the knot of frustration – and I had ample time for that since the subsequent holds were getting longer each time – it suddenly hit me: She doesn’t have a clue how to solve this issue and she cannot say that, probably out of fear for the consequences. Hence the frustrating head-in-sand policy.
The flash of understanding of the situation on the other side had a profound effect. My frustration and irritation evaporated like a puff of smoke as I realized the predicament of this, inexperienced employee. Even though the situation wasn’t resolved, I was not resisting. The sense of freedom that followed the dissipation of tension in mind and body was absolute and instantaneous.

When the representative returned to the call with the predictable: “The problem must be on your end”, I thanked her for her time and ended the Groundhog Day loop. Half an hour later I called the support line, again, and got a different rep. Within minutes the issue was identified and fixed. The cause was definitely on their end. The freedom from suffering I experienced may be subscribed to understanding and empathy. I believe understanding and empathy do certainly ease the way but freedom comes only from acceptance.

Life is full of interactions where someone fails to meet a reasonable expectation – after all, it is a reasonable assumption that a support line employee handles a reported problem professionally. I did register this representative was not handling the situation well, but instead of acknowledging it, I resisted that. I rejected her refusal to help. Frustration and irritation, the manifestations of resistance, were the resulting suffering. The flash of understanding led to acceptance and the freedom that comes with it, that is, the end of suffering. I could however have reached the end of suffering more directly, simply by accepting the fact of the situation right away, without necessarily understanding the reasons.

Why not accept the fact of the situation right away? After all, registering a given fact and then rejecting it is a form of madness. The resistance is in truth not so much about the situation as it is about the feelings triggered by the situation: feelings of being dismissed, of not being heard, of not being respected, wanting to make the feelings go away by trying to change the situatio. Understanding the situation on the other side can help dissolve the “me” feelings and pave the way for acceptance but it is a roundabout way. It may not always be possible to gain sufficient insight into the situation of another to help dissolve resistance. Focusing on the situation is in fact a diversion act to avoid the real issue. A more direct and failproof route is to simply accept a given fact right then and there. Acceptance of a fact doesn’t mean resigning, agreeing or subscribing to it. It is an acknowledgement, like the acknowledgement that it is raining today. Whatever the needed course of action, it will then be based on facts rather than denial and rejection and will be more effective for it.

The choice between suffering and instantaneous freedom sounds like a no-brainer, and it is. Except that the tricky part is the resistance to the me-feelings of hurt, triggered by the behaviour of someone. The default reaction is to resist these feelings and attempt to eliminate them by trying to make the other person behave differently in an attempt to appease the hurt. Enter the house of conflict and dependency: I need you to cooperate, to hear me, to respect me, to not dismiss me, I need you to not make me feel hurt.

Well, too late. The action-reaction qualified as hurtful is already a given and the whole universe has cooperated for this interaction to take place, so it is not just a case of these two limited entities, me and you, colliding. Like the rain, the interaction and whatever arises as a result is a cosmic event, courtesy of myriad ways and means coming together to manifest this. Refraining from resisting what arises ends the conflict and cuts through dependency: This person is unable/unwilling to meet reasonable expectations, what is needed to deal with this fact adequately? This is a position of openness, the opposite of resistance which says: you should not be acting this way because I don’t want the feelings your behaviour is triggering. There is always the liberty to remove oneself from the interaction if someone oversteps what is acceptable in the given context. This innate freedom becomes hampered and inaccessible by resistance: If I am rejecting or denying what is arising I am preoccupied with being in conflict with it and I am stuck; I am not exercising the innate power and freedom to choose the best course of action. In this case, ironically, what was arising was denial and rejection and I was rejecting the rejection.
It is raining, what is needed to deal with it adequately? I have usually no problem with simply acknowledging the rain as a given and dealing with it.

Without resistance there is no conflict, no psychological suffering, so dealing with the situation is a practical matter. Without resistance to the me-feelings, there is no conflict with them arising, nor with the behaviour triggering them. And without conflict, there is power and freedom to act, to choose the right course of action. Even if the answer is not obvious right away to the question “what is needed to deal with this effectively?”, adopting the position of openness, refraining from rejecting the triggered feelings and refraining from trying to make the other person behave differently is already a true taste of freedom.

Once I was able to fully accept the unhelpful head-in-sand policy and the frustration it triggered, I was able to act effectively, remove myself from the repetitive interaction that is characteristic of resistance and conflict and the situation was reduced to a practical matter. Miss Headinsand was right on one thing, this particular problem of resistance was not on their end.

6 Replies to “The Problem by Anna Aysea”